Things to do in Matera 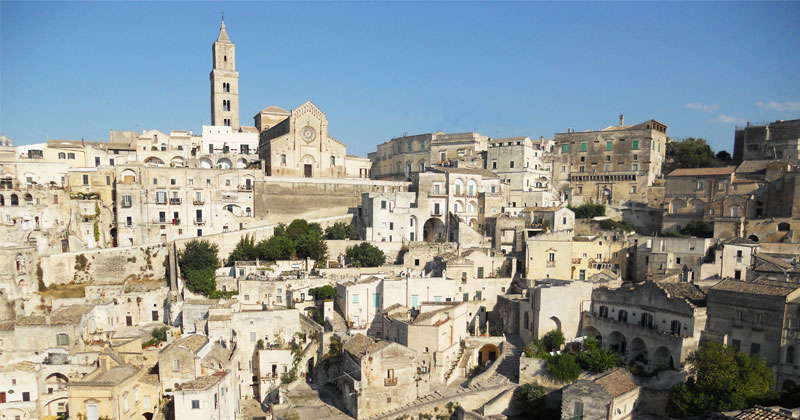 The Sassi of Matera 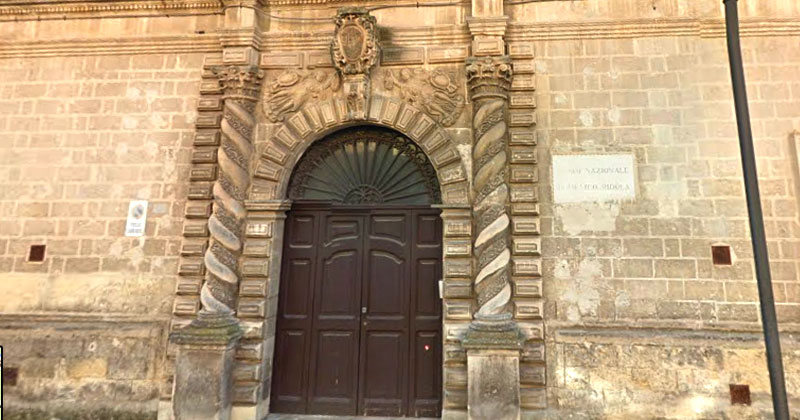 The National Museum Domenico Ridola, established on the February 9th 1911, thanks to a donation made to the state by Senator Ridola during his archaeological research activities. The first nucleus of the museum was placed in the seventeenth-century former convent of the Poor Clares and contained materials from the Palaeolithic to the Bronze Age, and exposed in the shop windows of wood. 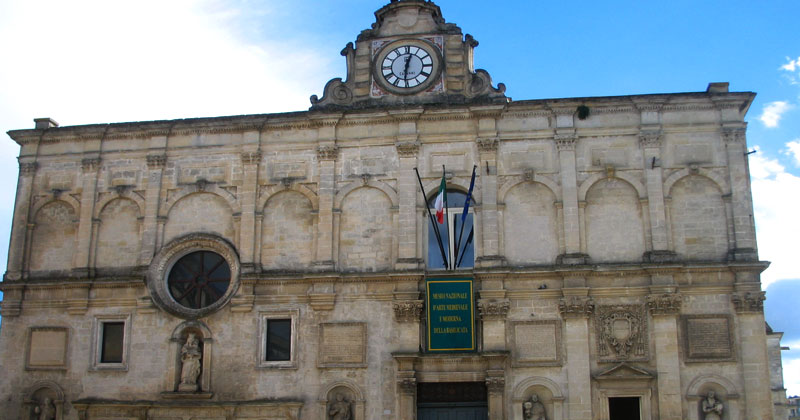 Palazzo Lanfranchi is the maximum monument that represents the period from the seventeenth century in Matera. In front of the door is placed the sculpture "drop" of Kengiro Azuma. The opera was designed and built between 1668 and 1672, by Friar Francesco da Copertino on the request of Archbishop Vincenzo Lanfranchi, with the aim to accommodate the Diocesan Seminary. The building of the structure also incorporated the "Convent of Carmine", the pre-existing. In 1864, after the Unity of Italy, the Palazzo Lanfranchi hosted “Liceo Classico E Duni” until 1967, where Pascoli also taught from 1882 to 1884. 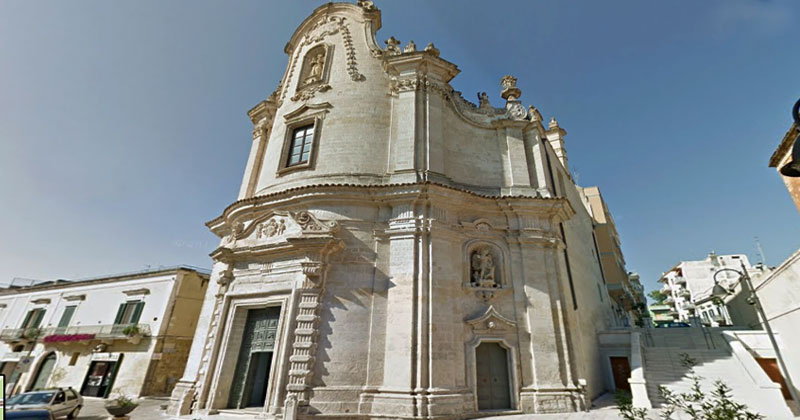 The Church of Purgatory

The Church of Purgatory, built in 1747 in late baroque style, has a facade with decorations on the theme of death and of the redemption of souls. Noteworthy is the wooden portal divided into 36 panes that back up the skulls of prelates and rulers and those of ordinary citizens located at the bottom. Inside, a Greek cross, there is an octagonal dome. 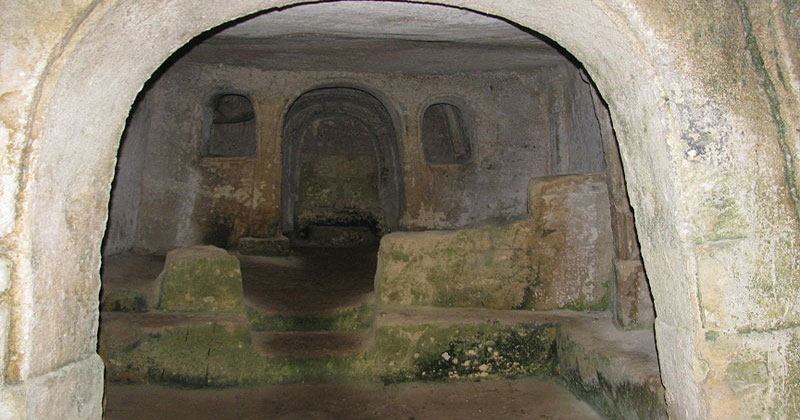 The Church of Santa Barbara

The cave churches of the territory of Matera, based mainly in the High Middle Ages, are buildings excavated in the rock. Initially born as religious structures in the course of time have undergone various transformations of use, becoming homes or shelters for animals. Are an important witness to the presence of the community of Benedictine monks, Longobards and Byzantines. Certain churches, even in substantial latin setting, have Byzantine elements, or vice versa, churches Greek architecturally have liturgical spaces of type Latin. The cave churches often contain frescoes and sculptural elements which, in addition to the decorative function, induced to contemplation and prayer. 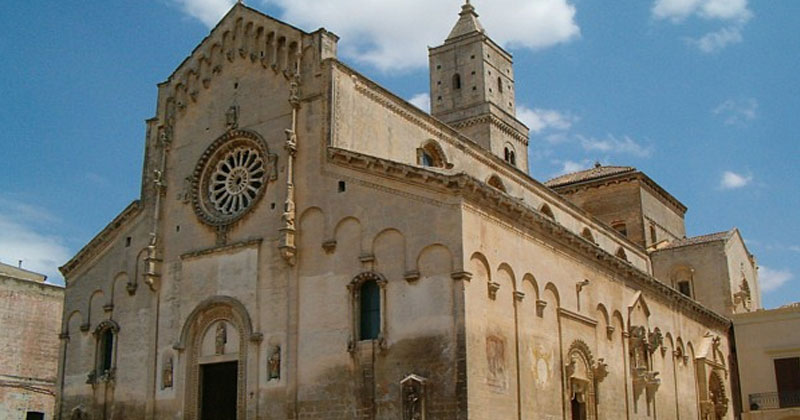 The Cathedral of Madonna della Bruna and Sant'Eustachio is the main catholic worship place of Matera, the mother church of the archdiocese of Matera-Irsina. The cathedral was built in Romanesque style in the 13th century on the spur the highest of the Civita that divides the two stones. On an ancient area of the Benedictine monastery of Sant'Eustachio, protector of the city, where Pope Urban II stayed between the 1093 and the 1094, the construction of the  Cathedral begun from 1230, a few years after that Pope Innocent III had elevated the city of Matera to the rank of archdiocese in union with Acerenza; to ensure that the new temple dominates with its size the surrounding buildings and the two underlying valleys of the Sassi, it was necessary to raise the rocky base of over six meters. 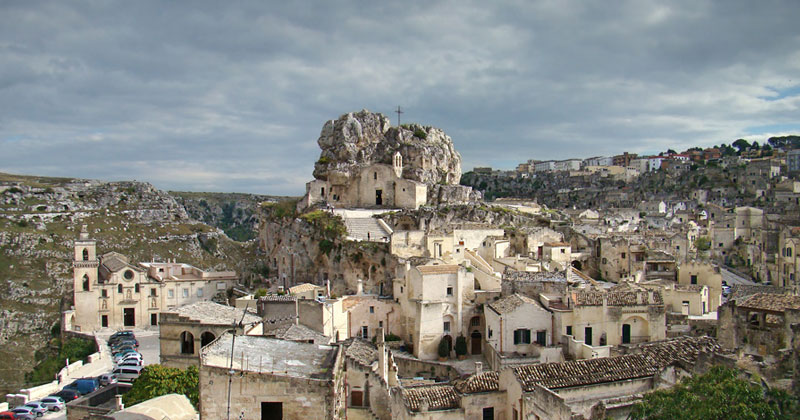 The church of Santa Maria of Idris, also called "Santa Maria de Idris" or "Madonna de Idris", is located in Matera, inside of the Sassi. This is a rock church, i.e. dug into the rock. It is located in the high part of the Monterrone, a large calcareous rock that rises in the middle of the Sasso Caveoso; you arrive through a ramp of stairs near the Rupestrian Church of Santa Lucia alle Malve. The name Idris derives from Greek Odegetria, means He who shows the way, or from the water that flows from the rock.